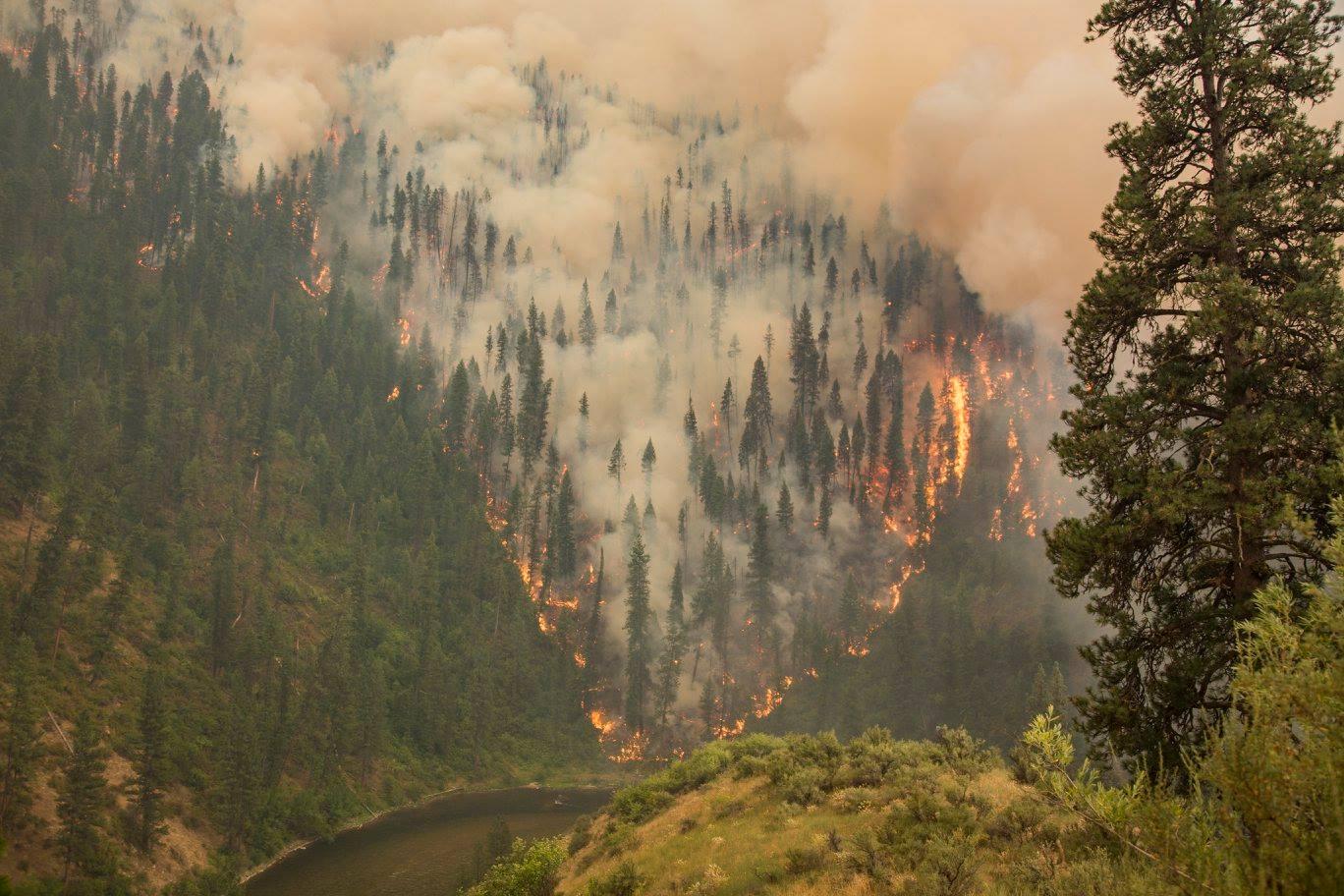 Diamond Mowers' distributor and customer, Garett Coates, with Gorge Machinery in Carson, WA shares his story of how his Excavator Forestry Mulcher clears brush and trees quickly, keeping him ahead of the flames.

“A lot of times, the fire is really close and you have to get the fire line established in a reasonable amount of time. One time in Idaho, I was up on top of a ridge and I actually had about 5 minutes to clear a space around the machine big enough to where I could abandon the machine because they thought the fire was going to come up and burn us over. So, I had to leave the machine behind but I had about 5 minutes to clear an area of brush to keep from burning the machine up,” said Coates. "Basically, it was cut for your life, or your machine’s life."

When handling an aggressive crown fire like the case above, Coates says that time is the most important thing.

“They are a really efficient head; tough, very durable, the customer service too is impeccable, you know, dealing with you guys,” says Coates.

“The division leaders and the Forest service really liked how efficient it was at knocking down brush and removing trees. It did a really clean job. They actually liked the disc style a little better than the drums style because you could knock stuff down quicker than the drum style does.”

“They want to put in a mile or so of road. You have to get it done in a short amount of time because the fire is approaching. And normally you will masticate and then a dozer will come through and push a black line through it.”

For this type of work, Coates has seen others try to use a drum mulcher but he stands behind his Diamond Forestry Mulcher with its round cutting disc.


With the speed of operation, the simplicity of design, and quality customer service, Coates will continue to leverage Diamonds’ Forestry Mulchers to make a grueling forest fire season a bit more bearable.