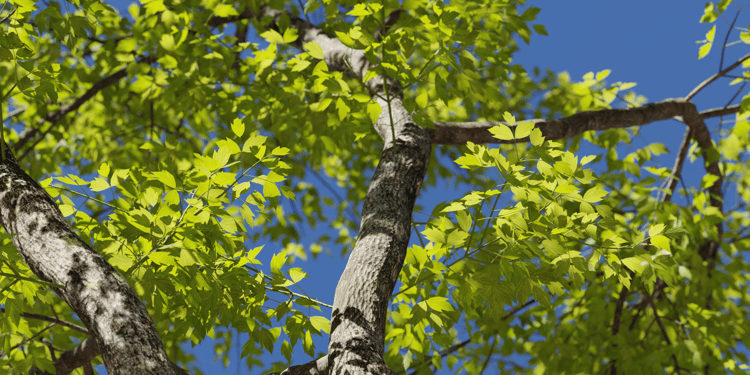 The Boxelder is an adaptable, easy-to-grow maple tree native to North America. Boxelder trees have brittle, weak wood and typically grow near water or river banks.


Boxelder maple trees grow almost everywhere, though they thrive in wet bottomlands. These trees are known to grow fast, with a growth spurt usually occurring in the first 15 or 20 years before the tree slows down for another 75 years. A mature boxelder tree may reach a maximum height of 65 feet.

While these trees help stabilize stream banks and shelter wildlife, they are considered a type of weed in urban areas. Some states even go as far as to consider the boxelder maple an invasive species.

Boxelder tree identification is simple if you know what to look for. These trees look unusual for the maple genus, featuring ash-colored compound leaves, roundish buds, and thick twigs that morph from powder blue to purplish-green throughout the seasons.

The boxelder maple tree has lumber that's distinctly lighter, weaker, and softer than most other maples. It also has a brown bark trunk and, when wet, gives off a foul, unusual smell.

Other distinctive characteristics of boxelder trees include: 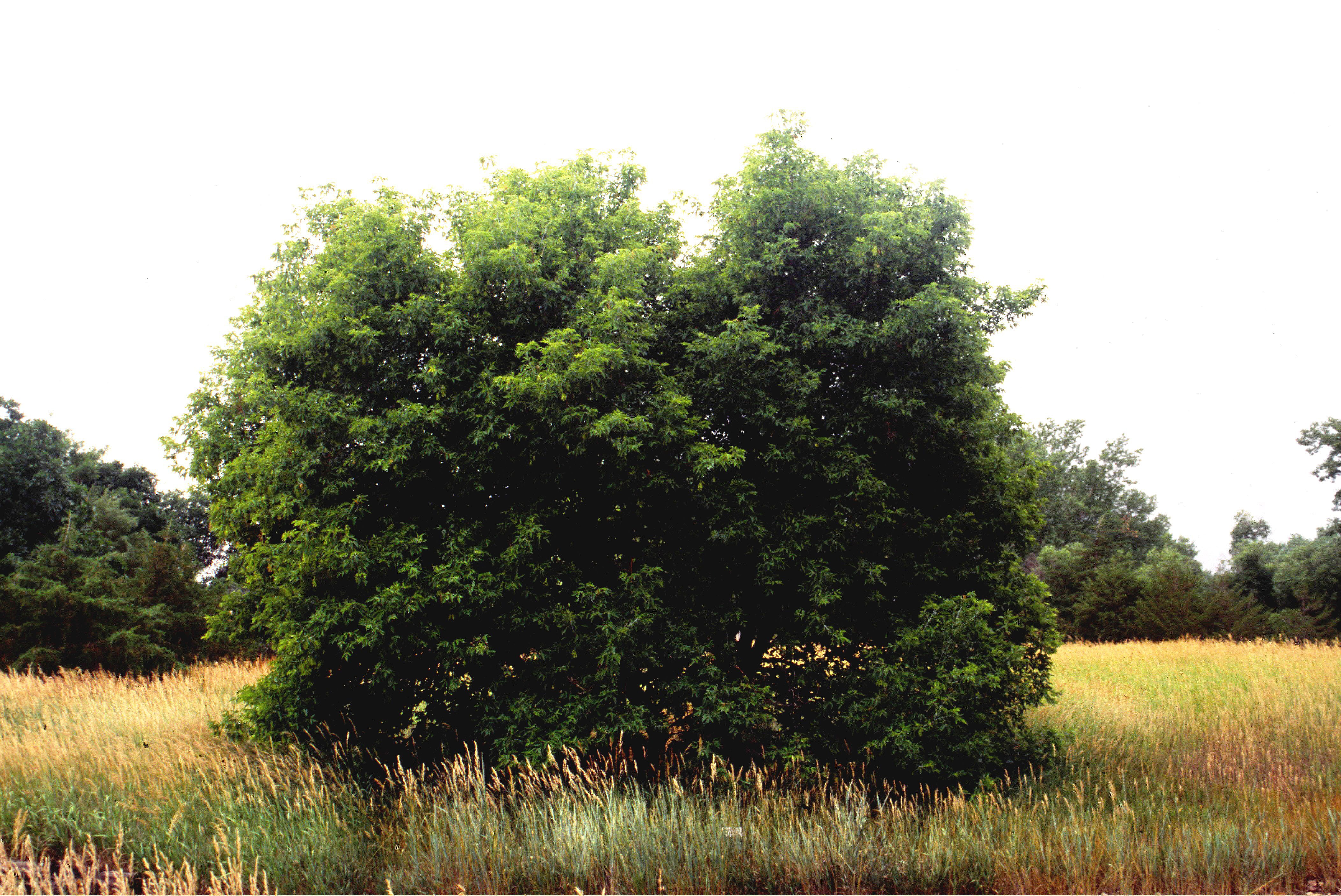 Male and female boxelder trees are identified based on their flowers.

Female flowers bloom at the same time as male flowers, with lime-green pistils being their most prominent feature. Clusters of them appear on stalk-like, drooping structures.

Only female trees produce samara fruits, and their blossoms become bright green when pollinated. Samara fruits, also called helicopters, have distinctive, V-shaped winged seeds measuring approximately 1.5 inches long. When the tree drops its fruit because of its propeller shape, these wings allow the boxelder's seeds to travel a considerable distance from the parent tree, contributing to the species' rapid spread.

Female boxelder trees are more attractive to boxelder bugs — 1/2-inch-long pests that are either black or red and have thin lines on their backs. While these bugs aren't necessarily a nuisance to the boxelder tree, they tend to invade nearby homes, searching for warmth during the winter.

A Case for the Boxelder Tree

In many ways, you can make a case for the boxelder not being all that bad. Is the boxelder tree good? We wouldn't go as far as to claim the tree is great to have around, but it does provide some benefits, especially for wildlife:


Why Get Rid of the Boxelder Tree?

While this tree may provide a haven for many wildlife species, there are many reasons why you would want to get rid of boxelders on your property if you own or manage a large piece of land.

Along with being considered unattractive, boxelder trees:

How to Get Rid of the Boxelder Tree

The most effective way to eliminate boxelder trees is to cut them down to a stump using a mulcher or similar machine before treating the stump with chemicals.

Starting with mechanical removal is most efficient for managing boxelder tree overgrowth. Eradicating boxelder through automated means requires mulching or chopping trees down as close to ground level as possible, extricating saplings by hand, and mowing any visible root sprouts. Mulching using a drum or disc mulcher is a fast and effective method for taking on boxelders. Once the trees are mulched, you can then use a stump grinder to remove the remaining stump.

It can be challenging to eradicate boxelders using mechanical methods alone. Applying a herbicide or other chemicals to the stumps can help eliminate invasive boxelder trees for good. If eliminating a mature boxelder is the goal, a commercial herbicide is inserted into holes cut in the trunk or applied to the wood exposed after frilling or girdling.

An oil-soluble herbicide spray is generally used to deaden relatively young trees. These herbicides are applied to the bark at the boxelder tree's base and can also be used on cut stumps to prevent regrowth.

A Diamond Mowers customer has successfully used the Diamond Forestry Disc Mulcher to remove numerous invasive trees, including the boxelder, thorn bush, Russian olive, bittersweet vine, Chinese elm, and other problematic species. For this customer, mechanical removal combined with chemical spray proved to be an effective vegetation management solution for their family land. 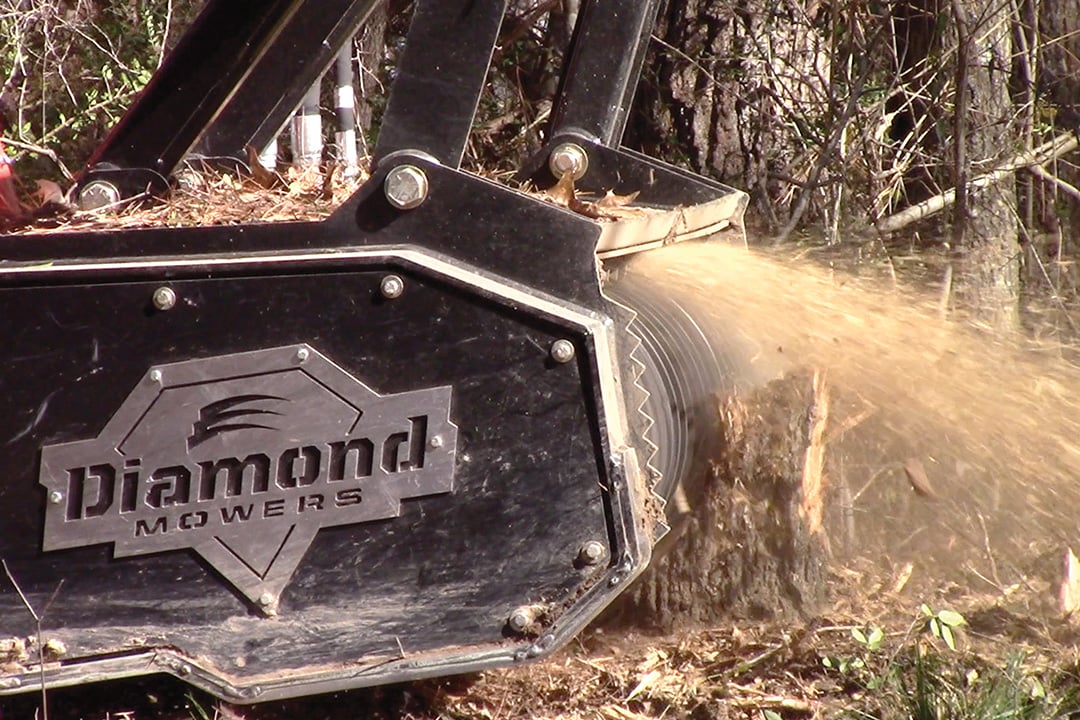 Diamond Mowers offers a range of attachments for skid-steers, tractors, and excavators that would be able to tackle boxelder maple tree overgrowth.

Contact us or find a dealer near you to learn more about which attachment may be right for your property.