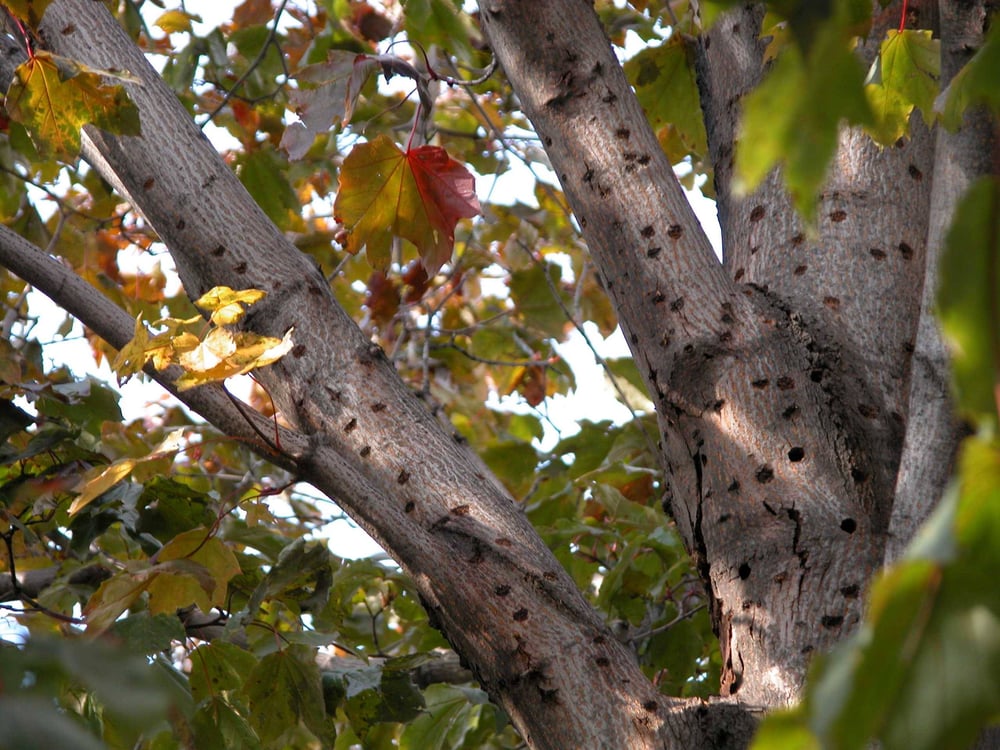 The Asian Longhorned Beetle is a recently introduced non-native insect. This beetle can infest and kill hardwood trees in more than 15 plant families. Without eradication, this insect has the potential to be a  significant threat to trees in the United States.

The Asian Longhorned Beetle, accidentally introduced into the United States, was first discovered in 1996. This beetle is believed to have been spread from Asia in solid wood packaging material. In North America, established populations were first discovered in Brooklyn, New York, and has since been found in other areas of New York, New Jersey, Massachusetts, Illinois, Ohio, and Ontario, Canada. In general, through quarantine efforts, this invasion has been generally contained to the Northeast.

Asian Longhorned Beetles belong to the family Cerambycidae and inherited their name from their long antennae. These large beetles range from 1 to 1.5 inches in length and have a shiny black body with irregular white spots and blue-tinted feet. Their antennae have alternating black and bluish-white bands.

Adult females lay 45–60 eggs in their lifetime by chewing a small pit through the bark of the host tree and lay one long egg underneath the bark in each pit. Eggs hatch in 13–54 days, depending on temperature. The underdeveloped eggs such as those laid in late summer or early fall, wait out winter, and hatch the
following season.

Due to high tree mortality caused by larval feeding outside its native habitat, the Asian Longhorned Beetle can negatively impact forest and urban ecosystems. USDA’s Animal and Plant Health Inspection Service (APHIS) has spent more than $500 million to eradicate four of the outbreaks in the United States already. More than 110,000 trees have been removed since 1996 as part of the eradication program

Tree infestation can be detected by looking for exit holes 3/8 to 3/4 inches in diameter, often in the larger branches of infested trees. Sometimes sap can be seen oozing from the exit holes with coarse sawdust or "frass" as evidence on the ground or lower branches. Dead and dying tree limbs or yellowing leaves where  there has not been a drought can also indicate an infestation.

Several trees are capable of being infested by Asian Longhorned beetles, including but not limited to: 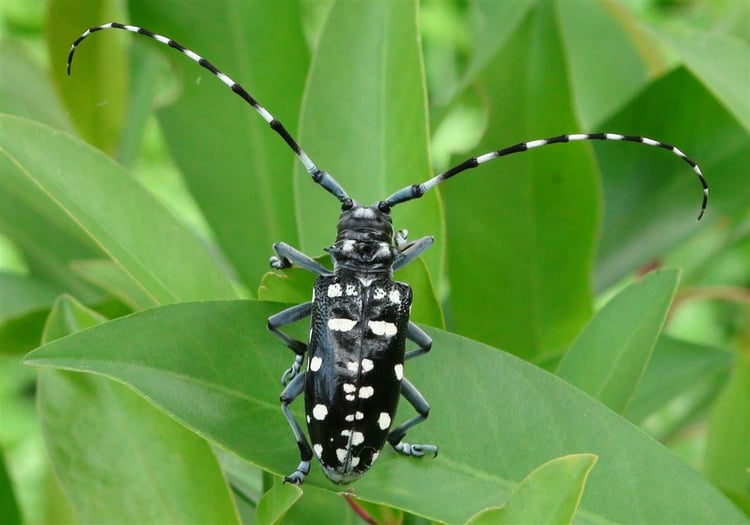 A close up photo of an Asian Longhorned Beetle.


All infested trees should be removed by certified tree care personnel or contractors to ensure the process is completed correctly, and chipped in place, with the stumps below ground level.

The most effective way to control these pests is by totally removing the infested tree with a skid-steer mounted product like the Diamond Mowers Forestry Disc Mulcher and Skid-Steer Stump Grinder.

The forestry disc mulcher will effectively mulch a tree up to 14” in diameter, and the small footprint of the attachment will allow you to be selective, only removing the damaged or infested trees.

There is no need to make multiple trips with a chainsaw and then a chipper. The forestry disc mulcher will cut, mulch, and disperse the chips all at once, saving time and money.

Contact us today to learn how skid-steers and attachments can remove and destroy damaged trees.