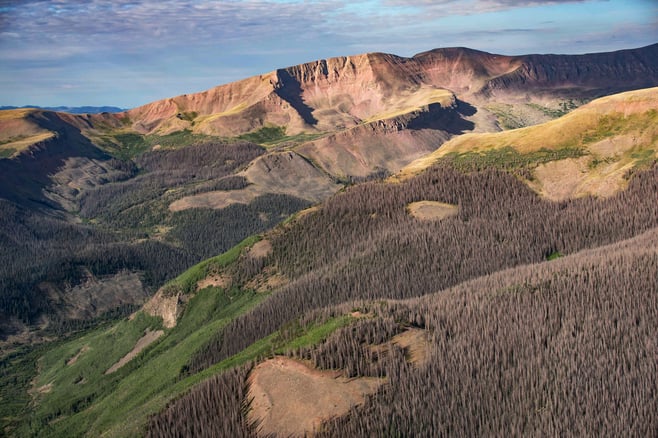 Conifers are like a banquet for bark beetles. These beetles infest most of the national parks and pine forests. Combined with climate change, the spread of bark beetles has led to an increase in destruction of trees and wildfires.

In undisturbed forests, bark beetles serve the purpose of hastening the recycling and decomposition of dead wood and to renew the forest. A few species are aggressive and can develop large populations that invade and kill healthy trees and are therefore known as pests.

Most of these insects feed on the part of the tree just below the bark, which will stunt growth and eventually weaken the tree to the point that it cannot hold itself up. Bark beetles reproduce in the inner bark of trees. Many species, such as the mountain and southern pine beetle attack and kill live trees, live in dead, weakened, or dying hosts. These wood-boring insects are responsible for hundreds of millions of dollars of damage over the last several years, and their spread could be even more devastating.

Massive outbreaks of mountain pine beetles in western North America after about 2005 have killed millions of acres of forest from New Mexico to British Columbia. In the south-eastern United States, the southern pine beetle is considered one of the leading causes of economic loss in forestry. 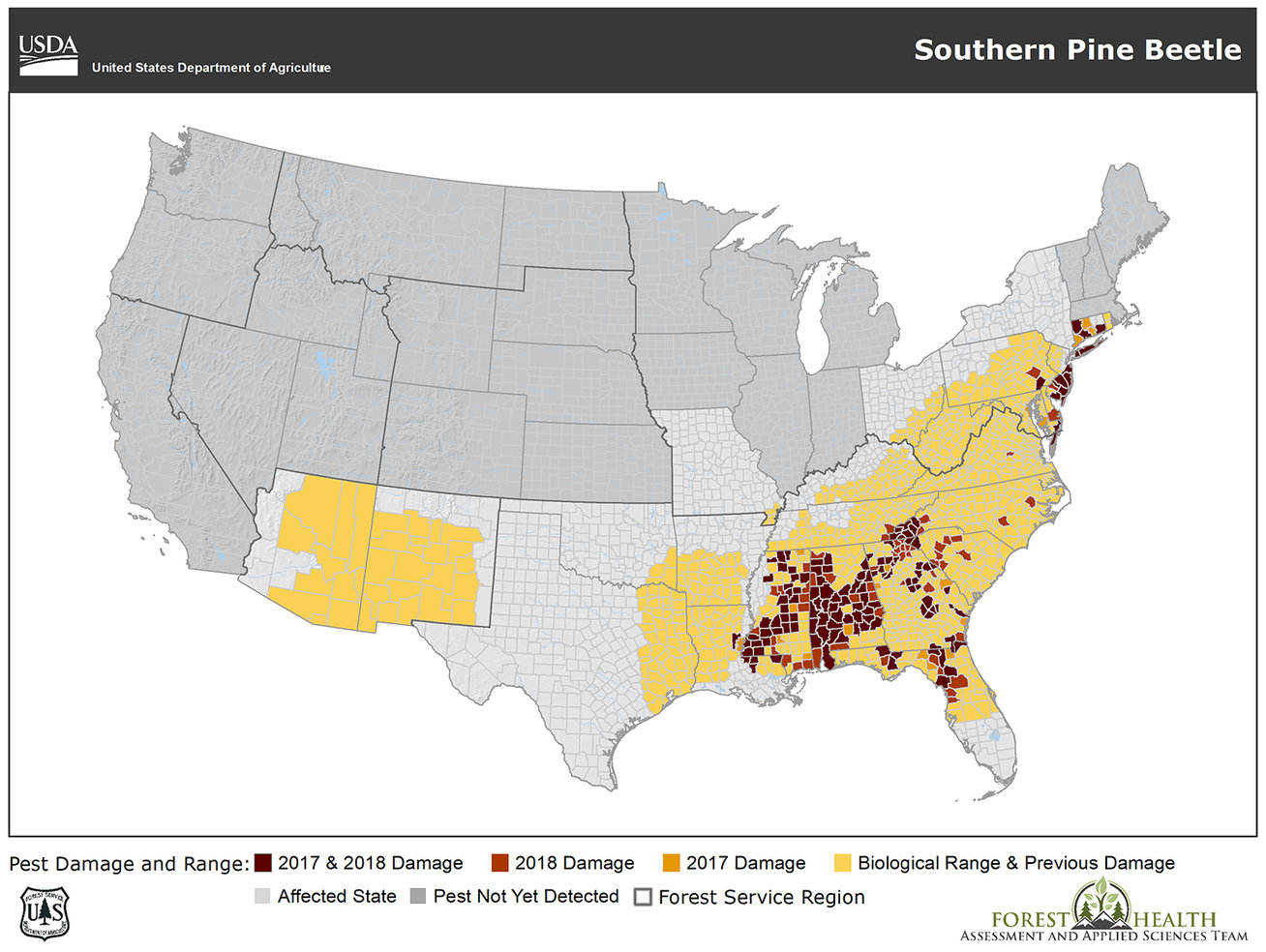 The most effective way to control these pests is by totally removing the infested tree with a skid-steer mounted product like the Diamond Mowers Disc Forestry Mulcher. The forestry disc mulcher will effectively mulch a tree up to 14” in diameter, and the small footprint will allow you to be selective and only pull out only the damaged or infested trees, leaving healthy ones to flourish.

There is no need to make multiple trips with a chainsaw, then a chipper. The forestry disc mulcher will cut, mulch, and disperse the chips all at once, saving time and money.