Invasive Sumac & How to Get Rid of It 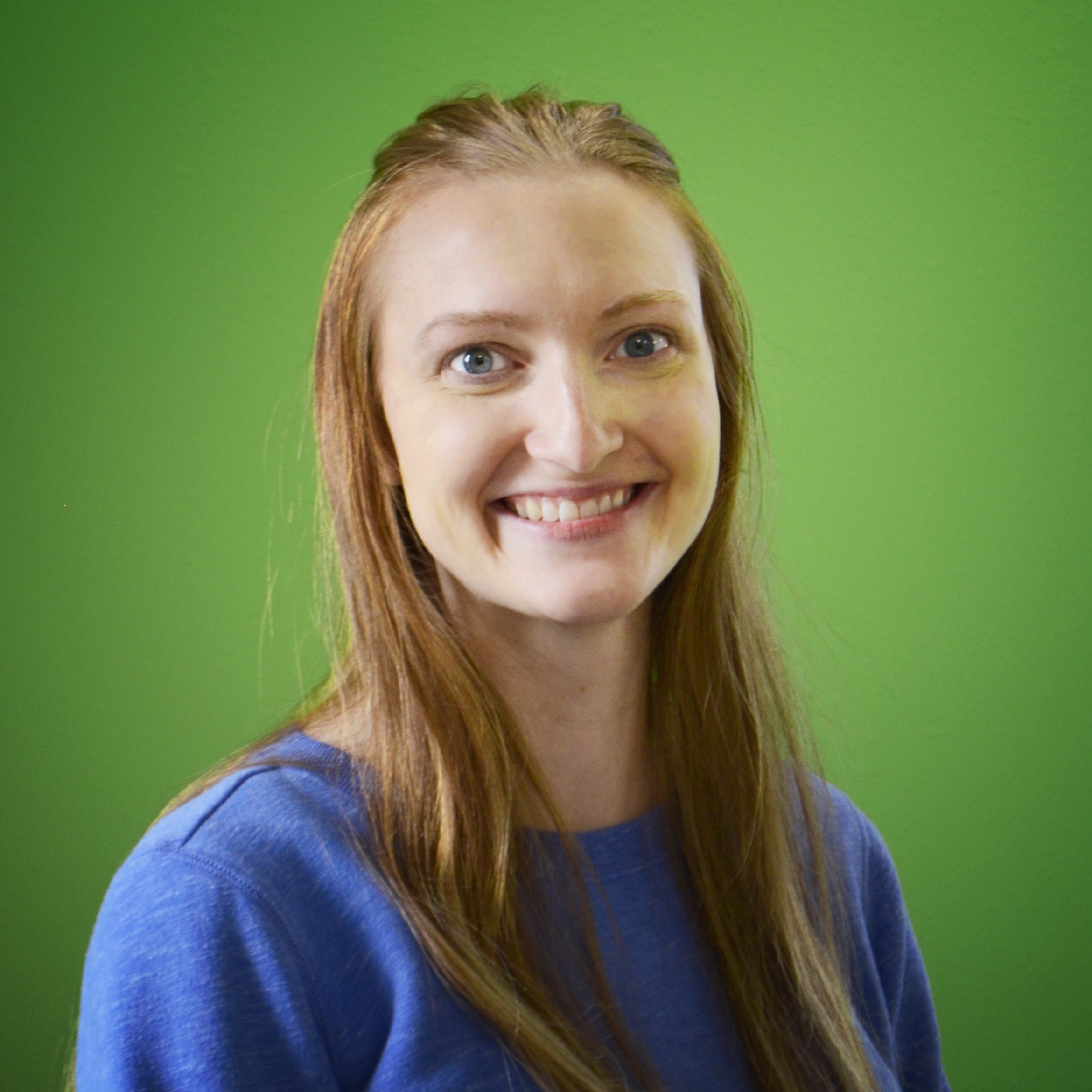 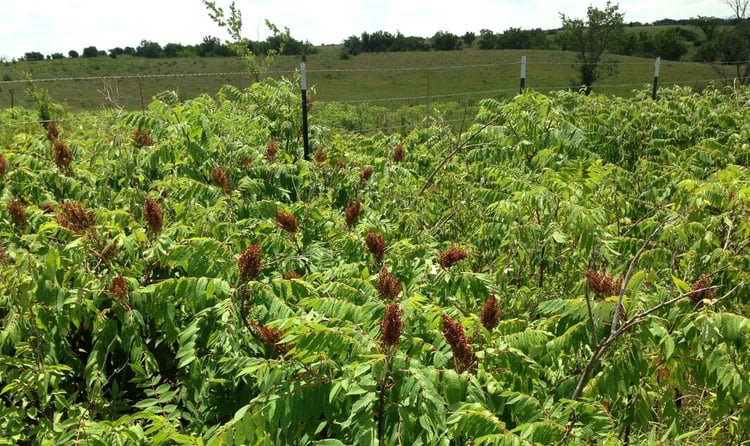 Sumac refers to approximately 35 species in the genus Rhus, a member of the Anacardiaceae flowering plant family. Sumac grows in various parts of the world, including temperate climates in Eastern North America.

Invasive sumac can thrive in various soil types and has low moisture requirements. Since it spreads both by seed and new shoots, sumac can easily spread and often grow quickly. Stringent control and eradication measures are often necessary to minimize the spread of invasive sumac and prevent significant environmental damage.

How to Identify Invasive Sumac

Invasive sumac comes in a variety of different species — however, you can generally identify sumac based on the following traits: Common Sumac Species in the US

Sumac can either be a dioecious shrub or a small tree. Ten of the most common sumac species across the United States include:

Invasive sumac causes damage to the surrounding environment by growing quickly and aggressively, threatening local ecosystems and putting a strain on native plants and animals. Examples of environmental damage caused by sumac include:

If gone unchecked, sumac can quickly outgrow its area and overtake and displace other vegetation. While the roots are relatively shallow and may only reach about 10 inches underground, many sumac species tend to spread rapidly. Sumac aggressively reproduces through seeds and grows in dense thickets, cutting off other plants' access to vital nutrients.

Another cause of sumac damage is the shade produced by an extensive patch of trees or shrubs. Sumac growth can block rain and sunlight and begin to change the ecosystem's soil chemistry, temperature, and light levels. This can cause existing plants and small shrubs in the area to wither. By blocking the sunlight, sumac trees may also prevent new plants and vegetation from growing.

Many species of sumac naturally attract wildlife due to edible berries, sweet scents, and attractive foliage. When sumac grows rampant and begins to destroy vegetation and land, it can disrupt the surrounding wildlife's natural ecosystem. Without the vegetation they depend on for survival, animals native to the region may have to look elsewhere for food. Sumac can also replace an animal's natural habitat, forcing them to find other areas to live.

How to Stop Sumac Trees From Spreading 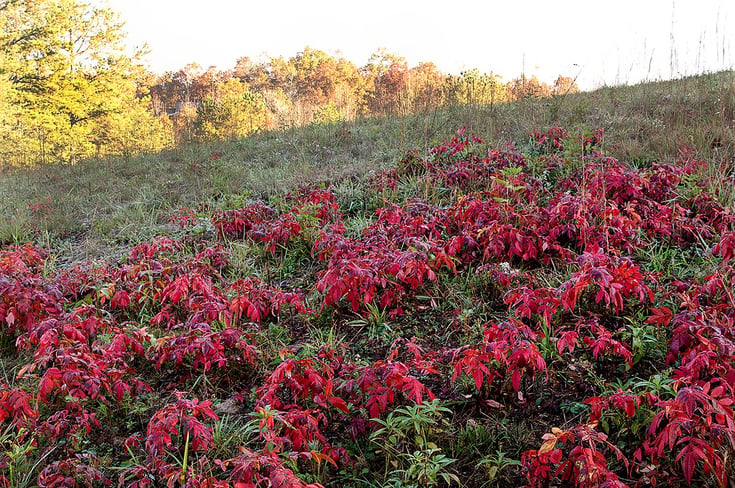 Diamond Mowers offers a wide variety of attachments to efficiently manage sumac overgrowth. These attachments are compatible with compact heavy equipment like skid-steers.

Contact us to learn about our product offerings and receive more helpful tips for stopping invasive sumac.