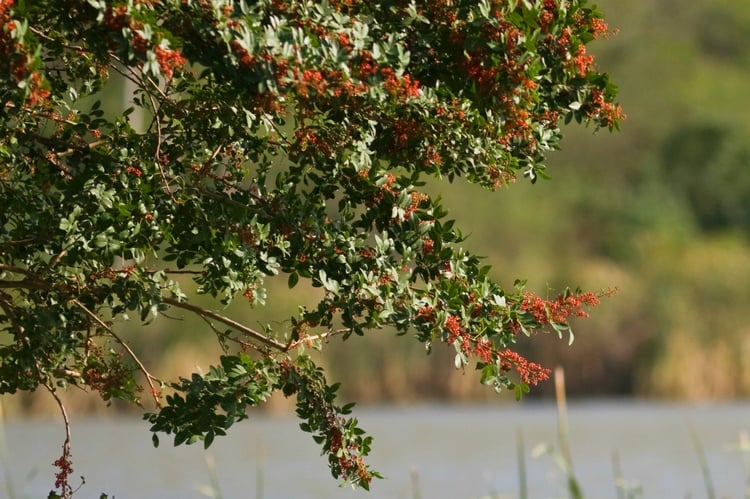 The Brazilian peppertree (Schinus terebinthifolius) grows natively in Argentina, Paraguay, and Brazil, and Americans first brought it to Florida in the 1840s. Today, this invasive species occurs in some of the United States' warmest regions, including Florida, California, Hawaii, Texas, and Georgia.

If you need to address a Brazilian peppertree invasion on your property, you have a few removal options.

Despite its name, the Brazilian peppertree can appear as a medium-sized tree or a shrub reaching 15 to 30 feet in height. It has informal names like "Florida holly" and "Christmas berry" because of its evergreen growth and bright red berries. Brazilian peppertrees have the following distinctive traits: 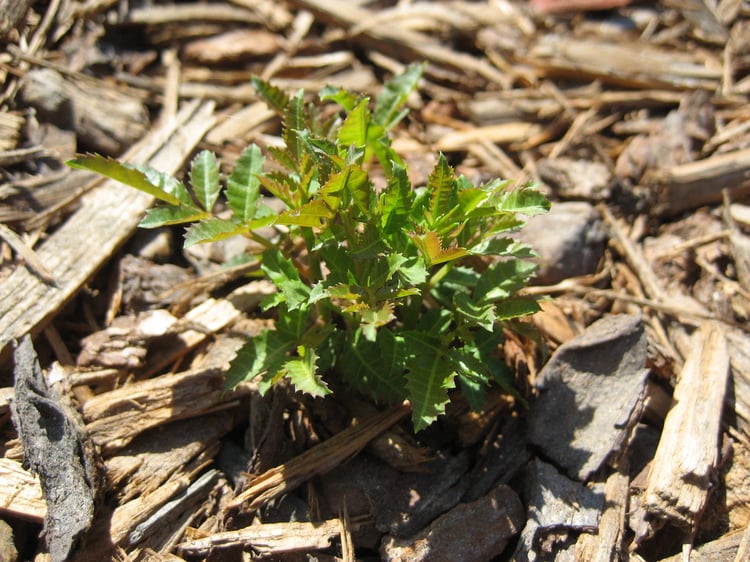 Damage Caused by the Brazilian Peppertree

Brazilian peppertrees damage their surrounding environment by forming dense thickets that take over the nearby ecosystem. They thrive on cleared land such as ditches, power line right-of-ways, and unused farmland. These invasive plants create a hostile environment for other plants and animals to live in due to their:

How to Get Rid of the Invasive Brazilian Peppertree

The primary removal methods for the Brazilian peppertree include: 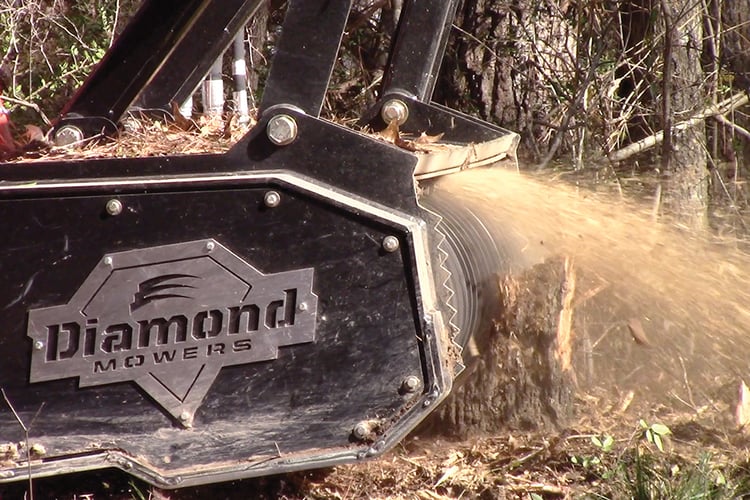 With a skid-steer attachment from Diamond Mowers, you can cut, mulch, and grind Brazilian peppertrees to remove them from your property. We recommend two attachments for this tree:

If you have a question about our products, contact our team or find a Diamond Mowers dealer near you. Our team of specialists will help you find the right product for your specific land clearing, trimming, and mulching needs.